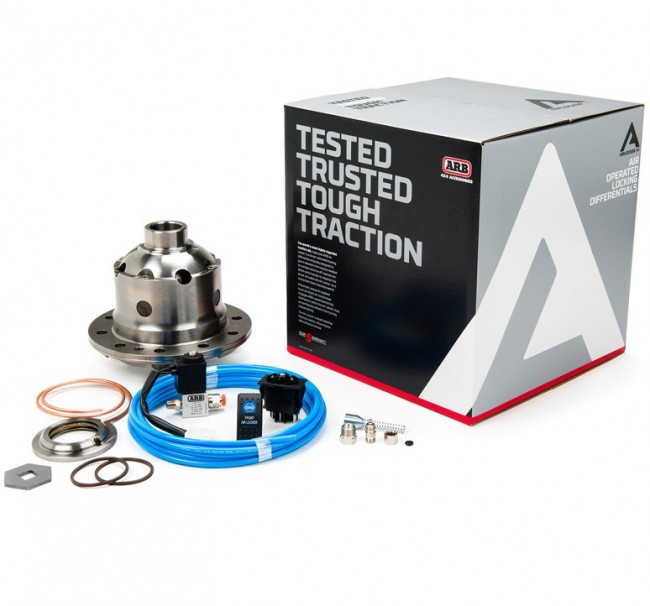 The ARB Air Locker is a pneumatic locking differential that uses air to facilitate the locking of both axles. This action converts your differential from a conventional open to a full spool type axle supplying 100% power to both wheels to keep you going through the worst terrain.

A relentless commitment to research and design, the use of quality materials, and an uncompromising approach to manufacturing have all contributed to the Air Locker’s success in over 100 countries worldwide.

Designed and manufactured in Australia, ARB Air Lockers will enhance the traction of your 4×4 in just about any terrain, whether it’s rock, clay, gravel, sand, snow or mud.

Now with a state-of-the-art two piece design available right across the range, forged gears for the ultimate in strength and durability, and an industry-leading five year warranty, ARB Air Lockers are better built and better backed than ever before.

Forged Gears
Strength, durability and resistance to fatigue in all Air Locker components is paramount. With phenomenal forces being applied to the side and pinion gears within the differential, ARB has invested heavily in the application of forged gears, typically found in heavy duty commercial, race and agricultural transmissions. When combined with ARB’s patented ‘timed gear’ design, the resulting strength of the whole assembly is amplified.

Two Piece Design
Housing this superior internal gear train in a two-piece case brings further benefits. Machining a case from two pieces instead of three results in a much higher dimensional accuracy of the finished assembly and has allowed ARB engineers to improve the design of other elements, resulting in a reduction of moving parts, increased strength and a more responsive activation.

* Based on residence in United Kingdom. Tax rates for other countries will be calculated at the checkout. Price exclusive of tax: £699.99.